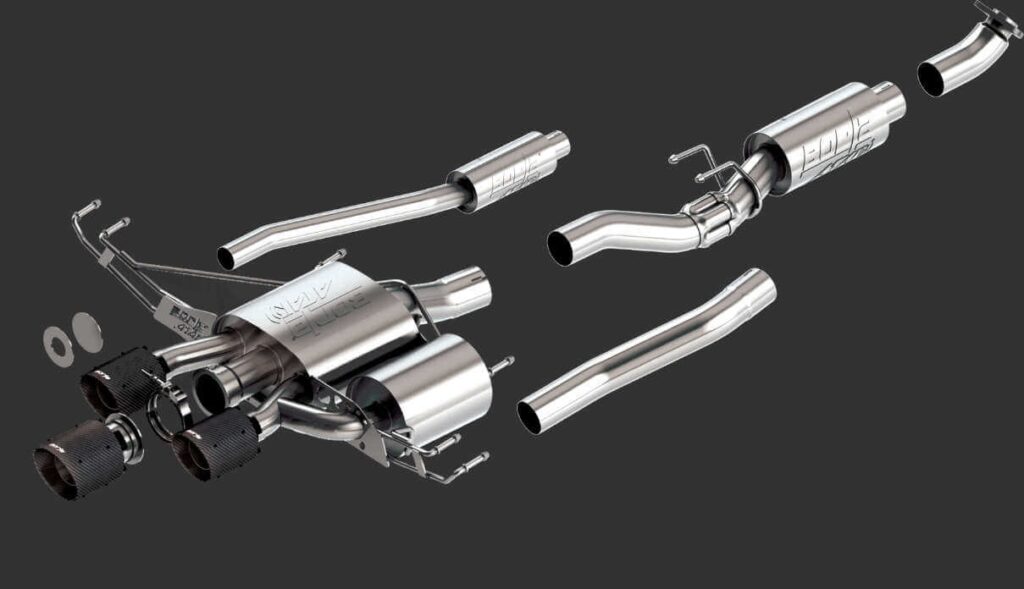 Whether you want something a little more aggressive sounding than your stock system or an all-out custom sound that matches your personality, we’ve got you covered.

Most stock vehicles are originally fitted with limiting, small-diameter exhaust systems that were developed to keep exhaust noise to a minimium. Let us help increase your vehicles exhaust flow with a high-performance exhaust system from Empire Auto Spa. Experience gains in horsepower and torque while generating that legendary performance rumble you just can’t get from a stock vehicle.

Add more oxygen to the fire and also you get a stronger fire! A new Cold Air Intake from Empire Auto Spa will certainly provide even more oxygen rich cold air to the engine than your OEM intake. This develops a stronger, more effective explosion in your engine’s combustion chamber raising horsepower as well as torque. We provide cold air intake from brands like; BBK, Airraid K&N, Banks Power, Volant Efficiency AEM as well as many more.

We can craft an exhaust system to your exacting specs. We provide a huge variety of options from the leaders in aftermarket exhaust. Every one of these exhaust systems are developed to improve the sound all while decreasing backpressure, as well as producing more torque and everybody is favorite…. horsepower.

At Nav Auto1, our exhaust professionals have more than 10 years of combined experience setting up custom-made exhaust systems on classic muscle cars, show cars, exotics, off-road trucks, SUVs. We understand the value of blending performance with today’s emissions policies. From the cylindrical tube head flange to the exhaust tips, Nav Auto1, has you covered with the best price and the best selection. 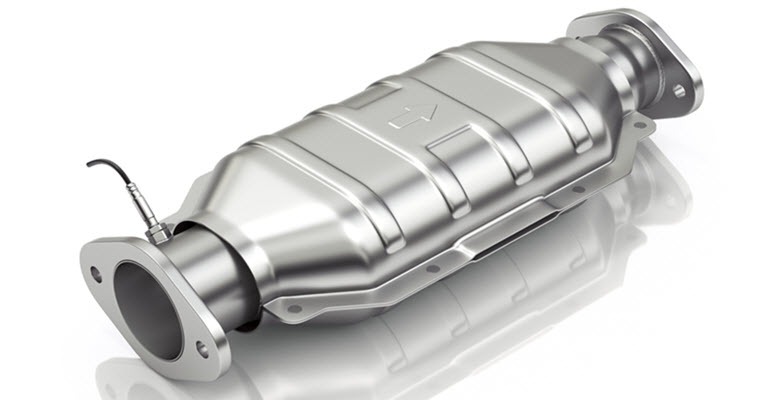 What Is A Catalytic Converter?

The Catalytic Converter (also known as CAT) is a very important component of the exhaust emissions system. It’s job is to reduce the Hydrocarbons (HC), Carbon Monoxide (CO) and Nitrogen Oxides (NOx) emissions to a minimum by means of starting an oxidation chemical process.

Modern catalytic converters are designed to last around 10 years or around 100,000 miles or more if the vehicle receives the appropriate maintenance.

However, if the engine isn’t running properly under certain conditions (like rich air/fuel mixture or deficient ignition system) its longevity can be greatly reduced.

Due to the internal CAT design, unburnt fuel particles could potentially destroy the catalytic converter very quickly. A huge concentration of HC in the exhaust gases combined with the CAT high operating temperatures literally “melt it” from the inside out.

How Does A Catalytic Converter Work?

Externally, the catalytic converter looks like a standard muffler, but its internal construction is quite different. For starters, the CAT is made from very expensive materials.

Externally it has a stainless body and internally its honeycombs are made of aluminum oxide, cerium oxide, platinum, palladium, and rhodium.

The chemical process (catalysis) occurs when the HC, CO, and NOx gases enter the converter. The ceramic-coated honeycomb panels are designed to work at high temperatures (400°C or more) creating the optimal conditions for the oxidation-reduction process.

The resultant CO2, nitrogen and water are safely emitted out through the exhaust and are not considered pollutants.

What Are the Symptoms of a Bad Catalytic Converter? 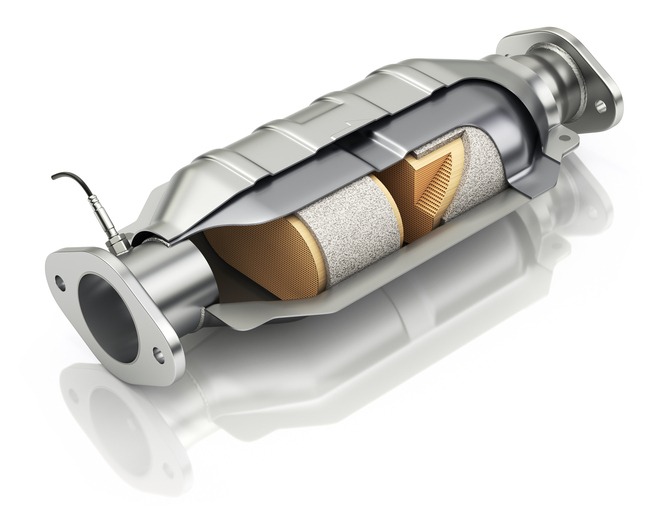 6 Symptoms of A Bad Catalytic Converter

1. Check Engine Light (CEL) Due to its crucial role in the exhaust process, a faulty catalytic converter will cause the check engine light to flash after driving a short distance. Even when this component is not a sensor or an actuator, modern vehicles have several data trouble codes directly related to the CAT.

2. Engine Hesitation During Acceleration
A bad catalytic converter will essentially block the exhaust gases coming from the engine and this could produce misfires that reduce the overall engine performance. This will be most noticeable when trying to accelerate.

3. Engine Misfires A deteriorated CAT may cause engine misfires that in turn will affect the vehicle power.

4. Increased Emissions A bad catalytic converter will increase all emissions which could be a problem if you live in an area with smog checks. It could also cause your car to fail emissions testing.

5. Possible Engine Overheating Under certain circumstances, clogged catalytic converter symptoms could be similar to those of a plugged muffler/exhaust. If the ceramic coating reaches the point of melting this could obstruct the normal flow of exhaust gases causing an overheat condition (in extreme cases the converter could glow red as a consequence of the high temperatures).

6. Gas and Rotten Eggs Smell from Exhaust Pipe The failure to burn the remaining HC from the exhaust could cause fuel vapor to reach the tailpipe, giving a strong smell of gas. The hydrocarbon particles are also responsible for degrading the internal catalytic converter panels, producing the characteristic “rotten eggs” smell.